The freewheel vs cassette controversy rages on, and it’s easy to understand why. Most bike dealers use the two names interchangeably, and so instead of creating clarity among riders, they end up confusing them amore.

Since you are here, I don’t want you to waste time or money like I did when I knew nothing about the bike’s gear system.

Generally, modern bikes come with a cassette system, which is an updated version of the freewheel.

We will look at what these two systems are, their differences, and pro and cons. I’ll also help you decide between them and identify if you have a cassette or freewheel.

Furthermore, we’ll answer the top most frequently asked questions about the two systems. So let’s get started!

What is a Freewheel?

A freewheel refers to a single set of gears screwed onto the bike’s rear wheel. This mechanism locks when you pedal the bike frontward, forcing the drivetrain to drive the wheel.

Though the gear set is screwed onto the bike’s rear wheel, it usually spins at will when you do not pedal or move backward, thus the name freewheel.

What is a Cassette?

In contrast, a cassette is a set of sprockets found on the bike’s rear hub, firmly held in place by a lockring. A typical bicycle cassette can have 5-13 sprockets, albeit modern bike drivetrains use 9-11.

As I mentioned earlier, a cassette is an updated freewheel. So, expect the modern bikes to come with the cassette as opposed to a freewheel.

Difference Between Freewheel and Cassette

In a freewheel, in contrast, the sprockets are slid into the splines and held into position with a lockring.

Consequently, by looking at how the sprockets are attached, you can tell if you have a freewheel or cassette.

b) Installation and Removal

A standard freewheel is screwed into the hub. And when you pedal, the freewheel tightens down. As a result, you don’t need any unique tool to install it.

However, it would help if you had a unique tool, a freewheel extractor, to remove it. That’s because it tightens a lot when you pedal during the installation.

As for standard cassettes, they need a spline tool for installation and removal.

That means you cannot swap one for another. What you can do is update the whole thing, the hub.

Not only is swapping difficult, but you’ll have to match your new freewheel or cassette with the speed of the original, which is not easy.

As a result, you have to carefully consider this aspect when shopping for a newer bike to avoid losing money.

Given that freewheels are tricky to change and have fewer gears, they are best for casual riding on a cruiser bike. They suit riders who prefer to take up a slow speed, especially when riding on the streets.

On the contrary, cassettes are best for road biking or mountain biking. That’s because they are lighter and easier to change.

That also means they are great for riders who want high speed and are more likely to take on different challenging terrains.

However, you should note that you are more likely to replace a cassette because of this flexibility.

The freewheel commonly comes with 5-speed, 6-speed, or 7-speed capability. So, don’t expect to have a higher speed on this system.

If you want a higher speed, consider cassettes. They are commonly available in 7-speed, 8-speed, and 9-speed options. There are a few bikes, however, that use 10-speed cassettes.

Cassette Vs Freewheel: Which Is Better For You?

There is no straight answer to this, and like most people would answer, it depends. It depends on the bike type and cycling behavior.

Essentially, freewheels are common on older bike models. Remember, we are not talking about the vintage-style models, but bikes dating a few years ago.

But what’s more important is the fact that freewheels are ideal for casual riders. 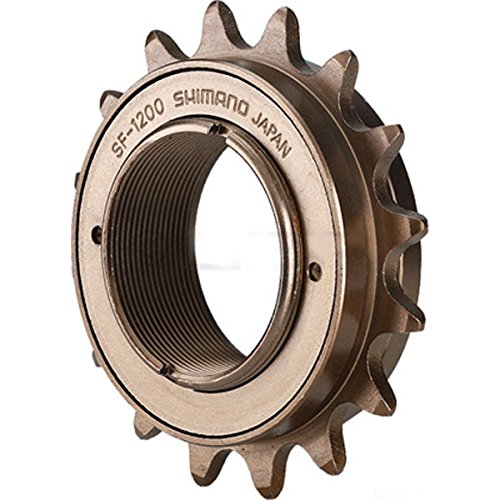 Speaking of casual riders, I’m talking about those cyclists who ride gently and slower, especially in the streets and around the neighborhood. That’s because these bikes have fewer gears.

Concerning cassettes, they have more gear speed, making them the best choice for the adventurous cyclist, like one mountain biking in bear country.

But given that modern bikes come with the cassette, you don’t have much choice if you are buying a bike today. So, you’ll have to concede to settling for a cassette bike.

While the freewheel moves when you are not pedaling, a cassette lack such mobility. 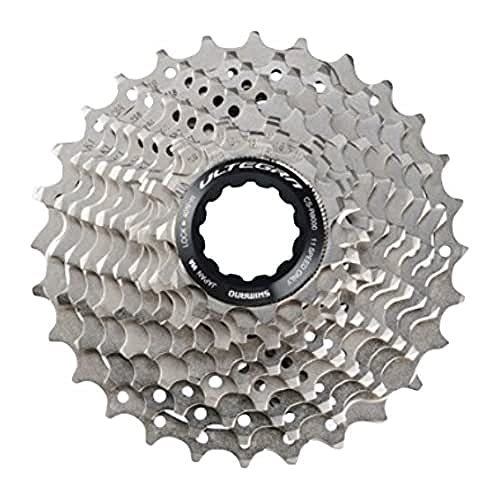 Do I Have a Cassette or Freewheel?

You can tell if you have a cassette or freewheel with these simple steps:

That’s how you differentiate the bike cassette vs freewheel.

Remember also that cassettes are the newer versions of freewheels. So, if you recently bought your bike, the chances are that the system is a cassette and not a freewheel.

Can I change Freewheel to Cassette?

You cannot change from a freewheel to a cassette by simply swapping components. Freewheels are clamped onto a rear hub with a smooth shaft, fixing the tool fittings to the hub. On the other hand, cassettes slide onto a keyed shaft and are clamped in place by a nut, which rotates with part of the hub.

The only way to change from a freewheel to a cassette requires you to purchase a new rear wheel equipped with a hub that is compatible with a cassette. It is important to keep in mind the difficulty of converting the two mechanisms when deciding between a freewheel vs cassette system.

Are Cassettes and Freewheels Interchangeable?

The main difference between freewheel and cassette is the mounting method to the rear hub. As mentioned above, freewheels rely on a clamp mount onto a smooth shaft, whereas cassettes rely on a keyed rear hub and a nut that clamps everything firmly to the wheel.

Is a Cassette Better Than a Freewheel?

It depends on the bike that you have and what kind of rider you are. If you have an older bike design, the chances are that it has a freewheel and the system is essentially an excellent choice for casual cyclists.

However, if you have a newer bike model or plan to get one, consider a cassette. It’s best for the adventurous cyclist.

How do I know if I have a Freewheel or Freehub?

As a note, freehubs are the mechanism used in conjunction with cassettes. The mechanism is referred to as a freehub because the hub can move freely relative to the gear cluster, or cassette.

I hope the difference between the freewheel vs cassette is clear. As a recap, freewheels are identified with older bikes and are best for casual cycling.

Cassettes, in contrast, are identified with the modern bikes and are best for adventurous cycling.

Mitchell Turk is outdoors enthusiast with a lifelong passion for bicycling. He previously worked at his local bike shop before entering the world of engineering, and he may even enjoy geeking out over bike tech more than riding his bike!

Originally a roadie, Mitch dabbled in mountain biking for a couple years and then jumped on the gravel bike bandwagon. He now spends his free time seeking out gravel rides and weekend-long excursions. His ideal outing combines biking, hiking, and climbing for a whole-mountain adventure.

5 Things to Get Your MTB Ready for Riding Season

With springtime around the corner, it’s never too early to start thinking about preparing your bike and gear

Can You Put Clipless Pedals on Vintage Bikes?

If you have a big head, it might be challenging to find the right sized bike helmet. But